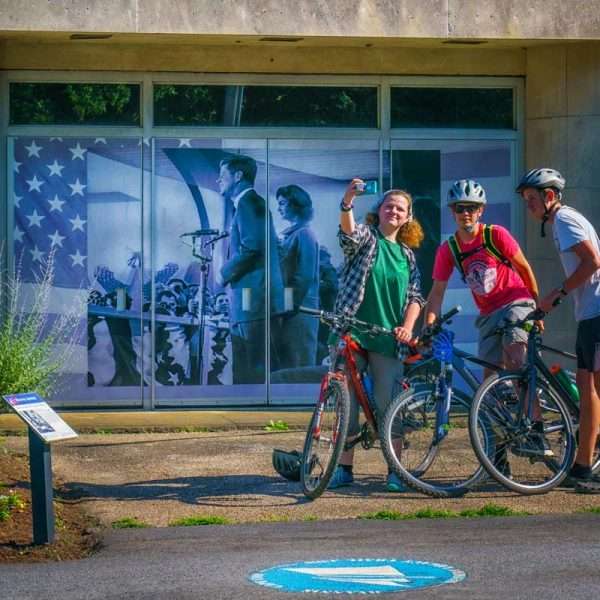 The entire walking trail is 1.6 miles long and may be visited in any order. There is an informational sign at each stop. In addition, use your smart phones and look for the QR Tag on each sign access a corresponding audio-visual presentation.
Hyannis Armory stop: Hyannis Armory, when the news of his 1960 presidential victory was announced, John F. Kennedy was at home in Hyannis Port. It was in this building, the Hyannis Armory where he gave his victory speech. The Armory was built in 1958 and for many years hosted Battery D of the 685th AAA Machine Gun Battalion of the Massachusetts Army National Guard. The Armory building was transferred from the State of Massachusetts to the Town of Barnstable in 2008. It is listed on the National Register of Historic Places and is currently vacant. MORE INFORMATION

Yoga for Wise Warriors! With Lees Yunits at Cultur

Presented by the Cultural Center of Cape Cod 🍳