This unique Victorian structure, now on the National Historic Register, opens for exhibitions by artists, mid-May through November of each year. 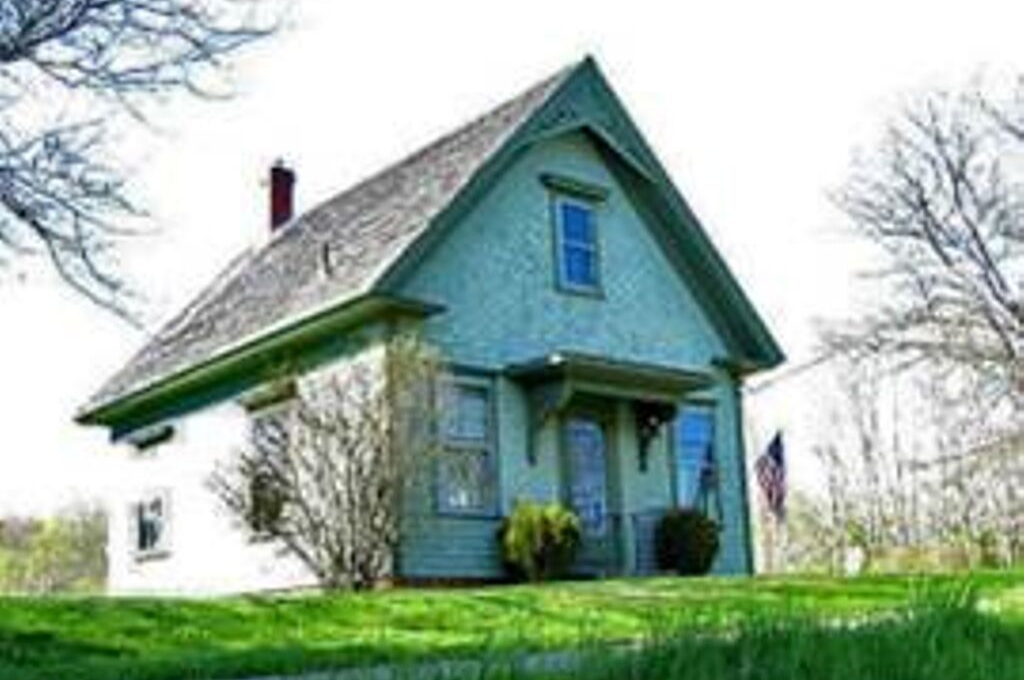 The Old Selectman's Building Gallery is currently closed. We anticipate re-opening in the fall.

Creatives may exhibit at the Old Selectman's Gallery May through November each year.

In 1989, when the Old Selectmen's Building turned 100 years old, the Historical Society of the Town of Barnstable leased the building from the Town and restored it to a usable condition.  This was a labor of love for all involved and completely funded by private donations.  This unique Victorian structure, now on the National Historic Register, is available to rent for artist exhibitions.

From the blog of Jim W. Gould:
The Old Selectmen’s office built in West Barnstable in 1889 is the closest thing we have to our first town hall. It’s the last surviving building of its kind on Cape Cod, and perhaps in Massachusetts. It is architecturally significant as a rare example of the Stick style, sometimes called the first truly American style. 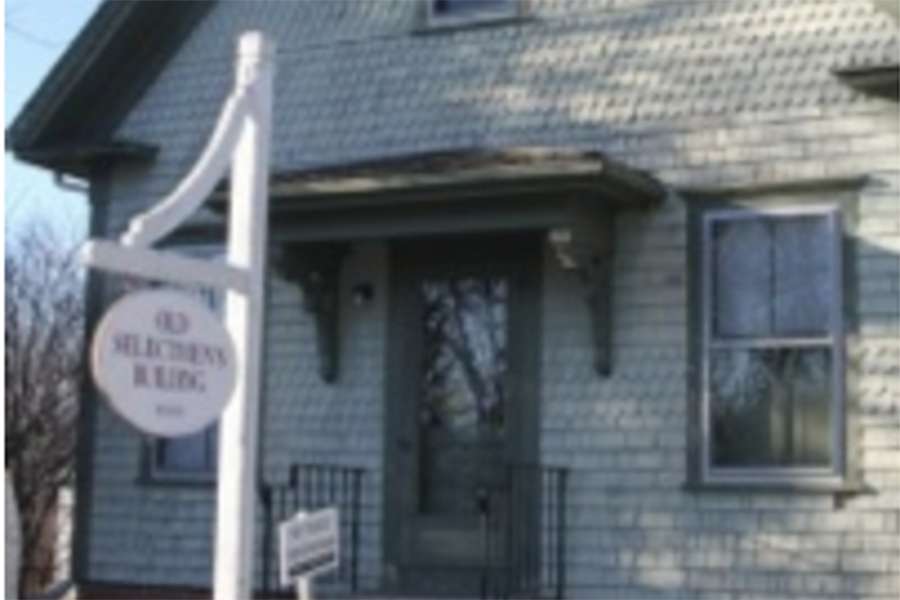 In July 1888 the three town selectmen sweltered over the annual town assessments in a tiny room in the old Alms House in West Barnstable. They asked town meeting for $1000 to build the first town hall. Money in hand, they designed a fine comfortable office. The three designers were Charles C. Crocker, lumberman and co-founder of the Barnstable Brick Co., Eben Bacon Crocker, and “the Cranberry King” Abel Makepeace.

Noah Bradford Jr. of Hyannis, also a brick company founder, contracted to build it, bringing the frame from B.F.Crocker’s lumber yard in Hyannis. A fine building was finished by May 1, 1889 on Meeting House Way, just north of the Almshouse, which had been built for the poor in 1769 on the land of the Lombard Trust.

Walter Muir Whitehill, the noted architectural historian of the Boston Athenaeum called it “a charming example of the shingle style.” The unusual stick features were a decorative truss in the gable, fish scale and diamond shingles on the facade, painted olive green with dark green trim. The foundation 22 x 28 was Barnstable brick. The front door had a colored glass window.

Inside, on the left side of the entrance was a tiny toilet room with wash basin; on the right a cloak closet. The main hall had two windows on each side to let in cooling breezes. At the west end was a fireplace with a pier-glass (mirror) over a fancy mantle. The walls were fitted with glass-fronted bookshelves for the town library. At the northwest corner was a steel vault. The floor was hard pine, the ceiling stained white and cherry color.

Selectmen began work on town business in June 1889, which continued there for 36 years until the new town hall was built in 1926 on Main St. Hyannis, now the Kennedy Museum. By World War II electricity and plumbing had been installed in the Old Selectmen’s building. After the war it became a community center where the West Barnstable Fire District met. In the 1970s it served as the office of the Conservation Commission. In the 1980s, it was a storeroom for the town’s tables and chairs. It was placed on the National Register of historic places in 1988, but it was falling down, with souvenir hunters mining the Barnstable brick foundation.

Barbara Birdsey and Betty Nilsson organized a community effort to restore it to original appearance. The town historical society took a lease of $350 from the Lombard Trust for a year. The Dacey brothers put on a new roof; Tom Bednark of Cape Cod Bat Co. restored the signature sticks, Dick Kiusalas of West Barnstable Table Co. carved a new mantle. The community put in about $35,000, given as a present to the town on its 350th anniversary on June 10, 1989.

Every historic building must be maintained, and after nearly a quarter of a century the old town hall needs a new foundation and roof, painting, handicap access, and lots of minor repairs. All of this will cost about $145,000. Neighbors have already collected $60,000 from art exhibits and donations. We’re counting on the Community Preservation Committee for the rest.

Jim W. Gould (1924-2021) was a great contributor to documenting the history of Cape Cod. He chaired the Town of Barnstable Historical Commission and co-authored several books about Cape Cod, including three “Images of America” books on “Marstons Mills,” “Santuit and Cotuit,” and “Hyannis.” He also contributed to “Three Centuries of the Cape Cod County Barnstable, Massachusetts 1685-1985,” and to “Origins of Unitarian Universalism on Cape Cod and the Islands. The above is an excerpt from his blog, published in The Barnstable Enterprise on March 2, 2012.