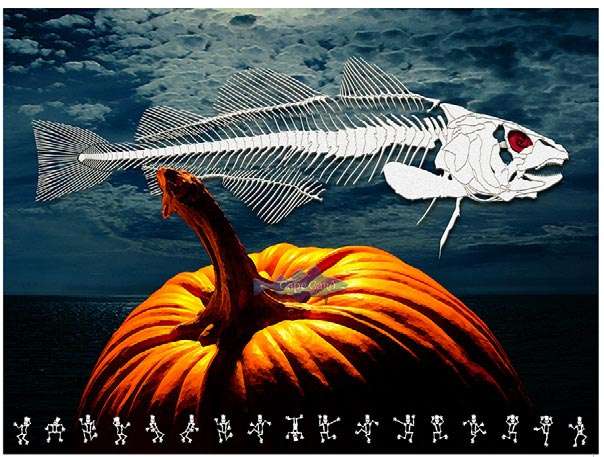 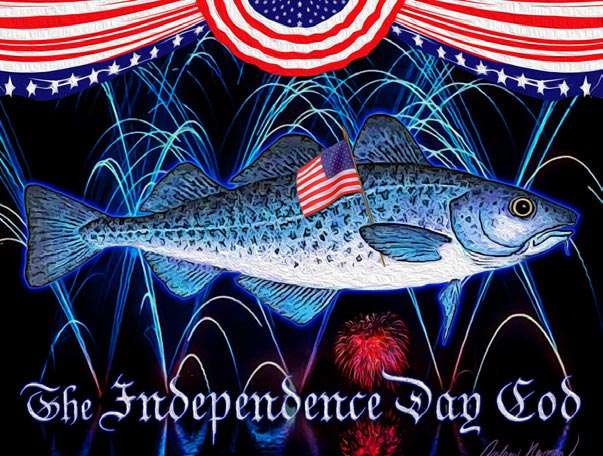 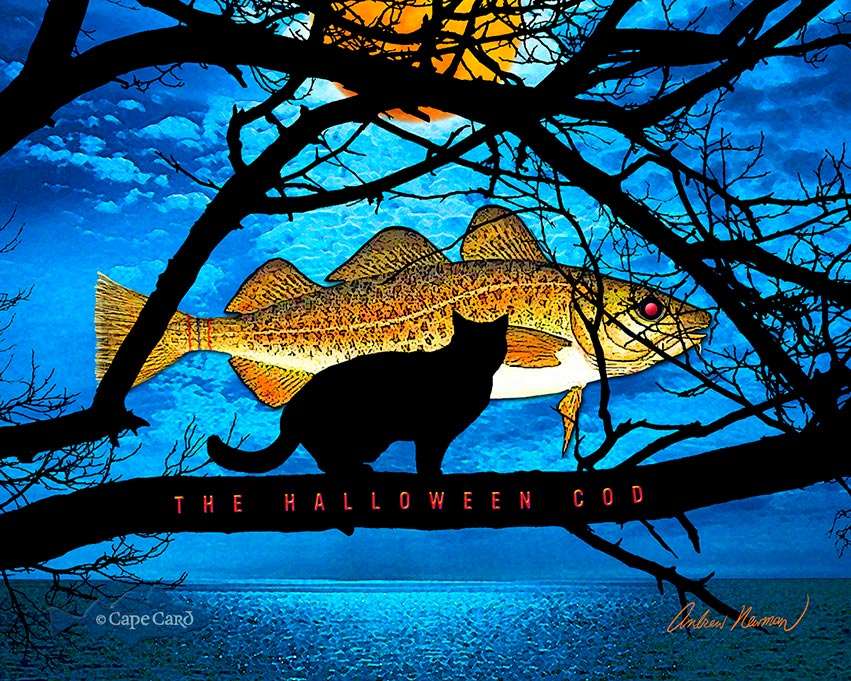 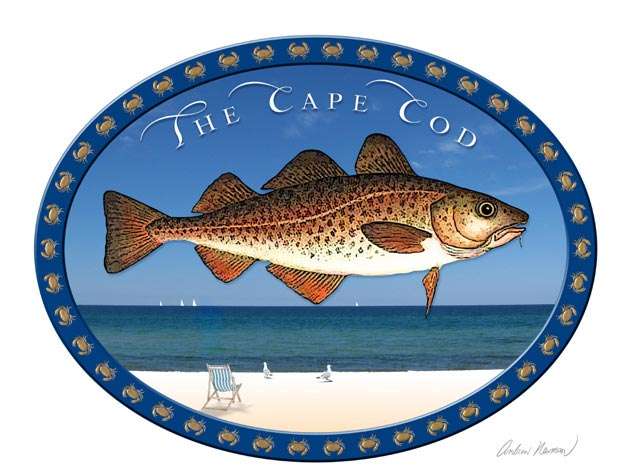 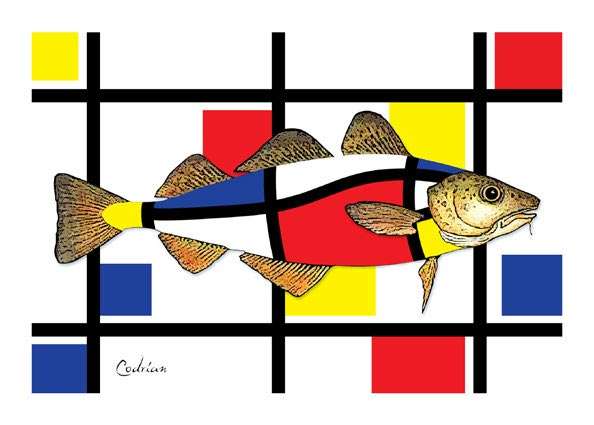 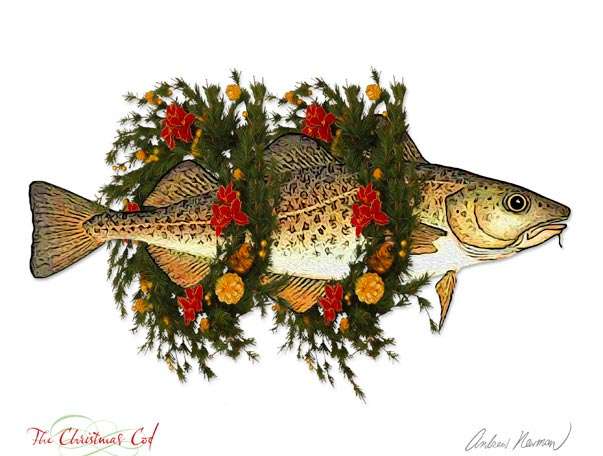 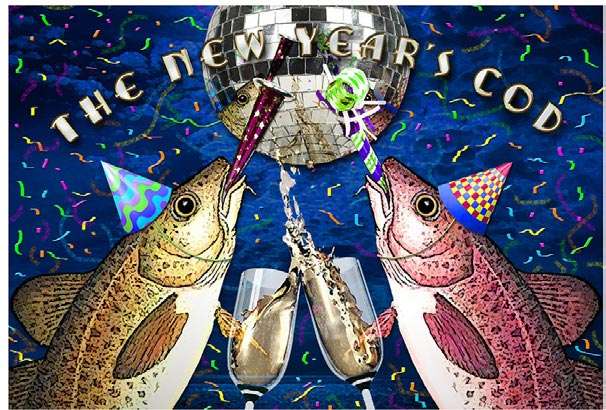 He could easily be known as the “Cod Father” for his elevation of the ubiquitous and historically maligned codfish to an unimagined artistic level. Andrew began his career In New York City as a graphic designer, working primarily in the publishing industry. His covers have an international recognition for designs he has done for bestselling authors including Danielle Steel, Elmore Leonard, and John Gray. When Andrew moved to Cape Cod, he continued designing book jackets as well as branding, corporate and personal logo and web design. In December 2007 the cod concept was born as he began his foray into cod designs with his first, “The Christmas Cod.”  His “cods” are visible throughout the Cape and have been sold throughout the world as cards, prints, posters, apparel and signage.  The Marstons Mills Public Library’s sign is the “Library Cod”.  His work is fun, whimsical and personal.