Historical Book Club: The Queen: The Forgotten Life Behind an American Myth

The Queen: The Forgotten Life Behind an American Myth
Josh Levin

Are you a history buff? Do you like to read? Well, you’re in luck if you answered yes to either of these questions!

Join Cotuit Historical Society for their historical book club on the first Thursday of each month (except March) at Cotuit Library. The books discussed are primarily on real world events so this is an opportunity to gain a new perspective, learn something new and talk about history with friends!

The Queen: The Forgotten Life Behind an American Myth
Josh Levin

Winner of the National Book Critics Circle Award in Biography

On the South Side of Chicago in 1974, Linda Taylor reported a phony burglary, concocting a lie about stolen furs and jewelry. The detective who checked it out soon discovered she was a welfare cheat who drove a Cadillac to collect ill-gotten government checks. And that was just the beginning: Taylor, it turned out, was also a kidnapper, and possibly a murderer. A desperately ill teacher, a combat-traumatized Marine, an elderly woman hungry for companionship — after Taylor came into their lives, all three ended up dead under suspicious circumstances. But nobody — not the journalists who touted her story, not the police, and not presidential candidate Ronald Reagan — seemed to care about anything but her welfare thievery.

Growing up in the Jim Crow South, Taylor was made an outcast because of the color of her skin. As she rose to infamy, the press and politicians manipulated her image to demonize poor black women. Part social history, part true-crime investigation, Josh Levin’s mesmerizing book, the product of six years of reporting and research, is a fascinating account of American racism, and an exposé of the “welfare queen” myth, one that fueled political debates that reverberate to this day.

The Queen tells, for the first time, the fascinating story of what was done to Linda Taylor, what she did to others, and what was done in her name. “In the finest tradition of investigative reporting, Josh Levin exposes how a story that once shaped the nation’s conscience was clouded by racism and lies. As he stunningly reveals in this “invaluable work of nonfiction,” the deeper truth, the messy truth, tells us something much larger about who we are (David Grann, #1 New York Times bestselling author of Killers of the Flower Moon). 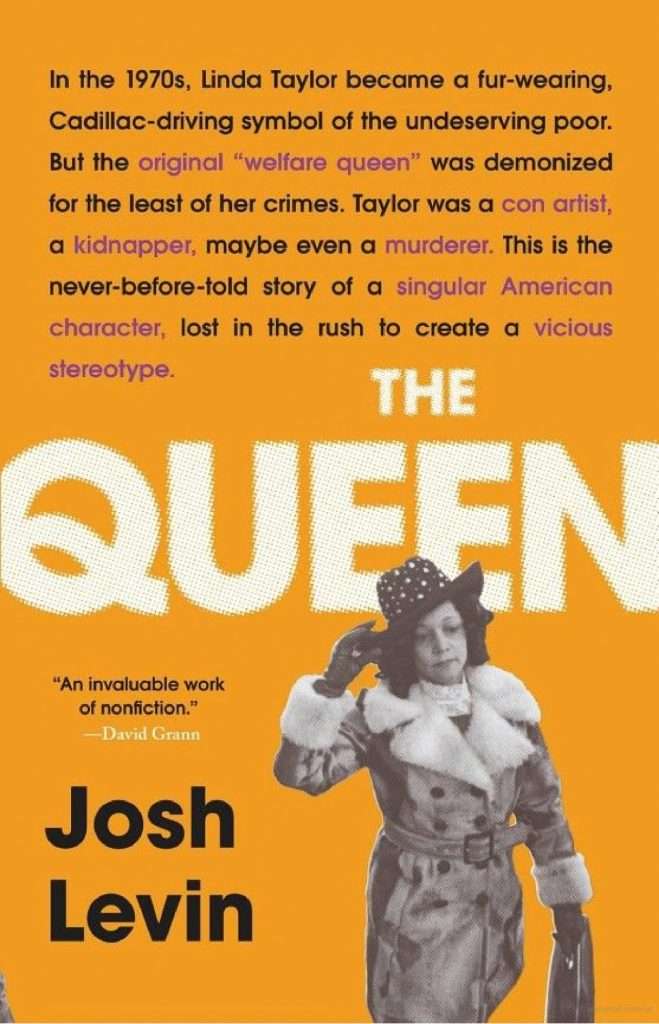