On May 21 from 12-5pm The Cordial Eye, AmplifyPOC, and Polyphonic Studios are partnering to produce A-way with Words, a spoken word poetry festival and POC-owned vendor market to honor those lost to police brutality and celebrate Black life.

Poets, musicians, and artists will share powerful pieces revolving around the anniversary of Floyd’s death, and issues surrounding police violence and brutality, throughout the nation and on Cape Cod.

In addition to spoken word performances, Amplify POC will also host POC-owned businesses for the duration of the show. Roughly 15 businesses will set up and sell their wares on the Hyannis Village Green, including Sloop-eez Slime, B Free Wellness Inc., Belonging Books, and the Periwinkle Goddess.

The stage will also hold space for “Blacking Out: Critical Consciousness on Cape Cod,” an art exhibit taken by Cape Cod Times reporter and freelance photographer Rachael Devaney. The collection includes 11 life-sized photos, which capture protests and vigils held in support of Floyd in 2020 throughout the Cape

This event has been sponsored by MassCultural Council, Hyannis Main Street BID, and Ben and Jerry’s. 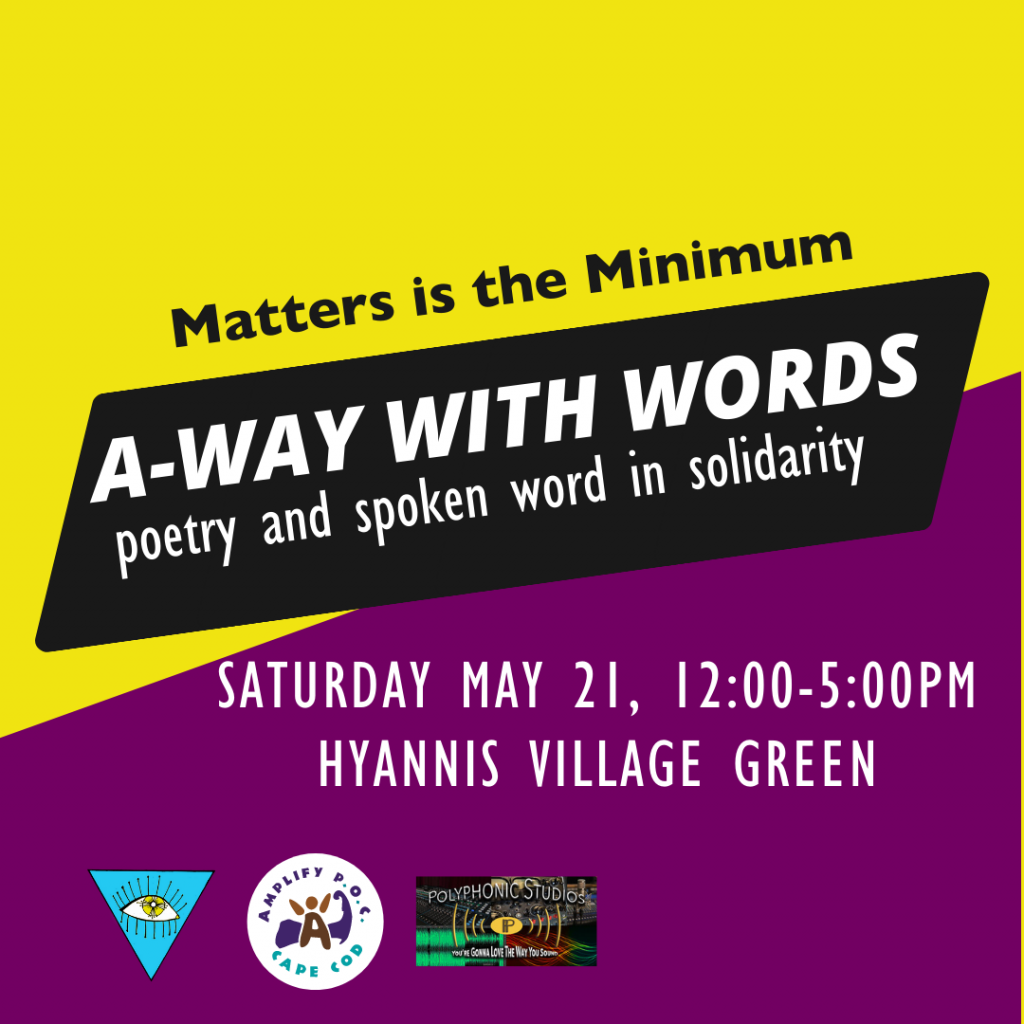